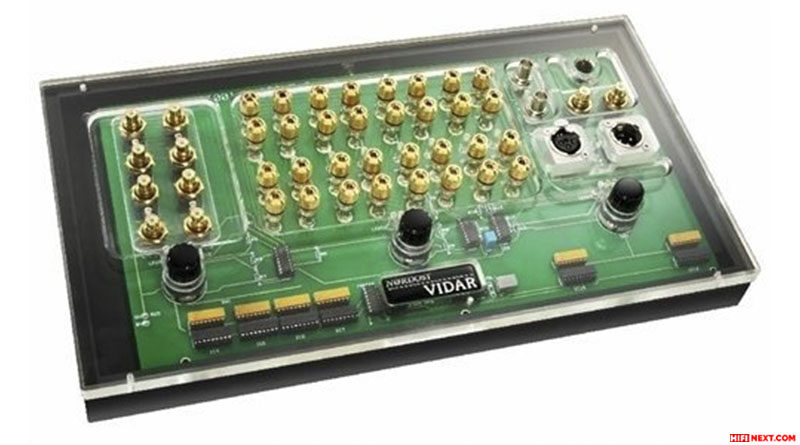 Recently we have found an interesting device for cable burn from the Nordost. Here’s what Roy Gregory says about the device.

Some years back, motivated by the improbable (and impractical) burn-in times demanded by their cables and suffered by their customers, Nordost bit the bullet and manufactured a cable burn machine, designed to speed the process. Inspired by an earlier device, the DuoTech, Nordost’s offering was neither physically impressive nor particularly cheap. But it did work, once you’d got it set up and functioning. There was no doubting the benefits, even if operational niceties left a little to be desired. The problem was that the CBID (or Cable Toaster as it was more generally known) stemmed from a design that envisaged an owner connecting a single system’s worth of cables to it and thus provided the requisite number of sockets.

The problem was that given the price this was always going to be a dealer/distributor item rather than one purchased by the individual. Connecting more than one complete cable loom became a feat of ingenuity as the daisy chained interconnects became impossibly long, easily outweighing the light-weight plastic construction of the Toaster itself. But that pales into insignificance against the issues confronting speaker cables.

The DuoTech predated the current fashion for bi- and tri-wiring speakers. Trying to hook three or more sets of plugs or spades to a single pair of terminals is far from fun – especially when the terminals won’t stay still and all the cables hooked up are pulling against each other. Add to that a “safety feature” that meant that power to the CBID had to be disconnected and the machine restarted every 24-hours (although thankfully the various cables being burnt could stay in place) and operation became more than a chore, viewed by regular practitioners as a necessary evil; very necessary but evil nonetheless.

But necessity is as they say, the mother of invention. Further experience with both cables and their burn-in behaviour created a situation in which Nordost could improve the audio performance of the CBID. At the same time (and given that they are one of the principal users) why not improve the ergonomics? Thus was born the Vidar…

The first thing you’ll notice about the new cable burn toaster is that it looks like a real product. It’s broad and slim, reassuringly weighty and with all its sockets on the top surface, incredibly stable. It’s also visually attractive and impressive, a thick, milled Perspex topplate revealing the internal circuit board and myriad status LEDs. The connections are divided into three distinct zones: one for phono plugs, one for speaker cables and a third for balanced, BNC and tonearm leads. Each set of sockets has its own power switch, while LEDs between socket pairs confirm correct connection and a further row of colour-coded LEDs next to the switch display run-time.

Yes, the 24-hour cut-out has gone, and now the Vidar will run indefinitely, displaying operating period in days up to four, then the complete week before starting all over again. Nordost recommend 96- hours of burn-in for standard cables, a week for mono-filament designs and 24-hours for recondi-tioning cables that have been idle or transported about. I think these recommendations are spot-on, but would add that with brand new cables, a final “polish” with 24-hours of real music just seems to add the finishing touch when it comes to delicacy and musical nuance.

Hooking up the Vidar is an absolute joy compared to the CBID. There are still four sets of phono sockets (but as mentioned before, cables can be daisychained using couplers). Speaker cable connections have been improved dramatically, with doubled up outputs and inputs, making it possible to connect two complete sets of bi-wired or bi-amped cables at once, without sharing binding posts. But the third zone is in many ways the most interesting. Balanced connections have been reduced to a single in and out pair, but as XLRs daisy-chain naturally that isn’t an issue. The space freed up allows for the provision of BNC sockets for digital and AV connections, and a IEJ five-pin tonearm connection to two phono socket circuit. These last options not only extend the Vidar’s reach into the realm of home cinema systems, they embrace the tonearm lead, arguably the most critical in the system as well as the hardest to run-in. Of course, not all arms use the IEJ connection although Linn, Graham, SME and others are compatible with the sockets provided. However, this got me thinking…

If the tonearm lead is itself critical, what about the internal wiring? In fact, what’s required is actually a simple adaptor that runs from a pair of phono plugs to a set of four cartridge pins, thus allowing you to connect the entire tonearm into one of the phono loops. Nordost are investigating the possibility of providing just such an optional extra and hopefully it will be available by the time you read this. Meanwhile, I made my own from a patch lead and a terminal block scavenged from an old Goldring cartridge and yes, it works. In fact, it works spectacularly well, a description that sums up the performance of the Vidar as a whole.

Do you have doubts about cable burn?

Those who doubt that cables burn might like to hear the results of my experiments with VPI’s replaceable arm-tops for the JMW 12.5. Of course, as a reviewer, replaceable arm-wands are a Godsend when it comes to cartridge reviews. Having recently replaced my ‘tops with Valhalla wired versions, there I was with a pair of Virgin arm-tubes: what better test? One was duly burnt, the other kept unsullied by signal and close comparisons made, using the same cartridge. Different? Easily big enough to render cartridge comparisons irrelevant! Where the burnt in tube was fluid, dynamic, transparent and open, the virgin version was flat, constricted, congested and grainy. I shouldn’t have been surprised given prior experience with Valhalla and the positioning of the cabling in question at the front of the system and handling the smallest signals, but the difference was pretty shocking, underlining once again just how careful we need to be in reaching conclusions through comparison. Just when you think you’ve run all the variables to ground, another one creeps up and bites you in the butt.

Needless to say, ALL my armtubes, new and old have received a thorough toasting. Likewise, all the cables that are currently under review; an opportunity to reconfirm the results experienced with the original CBID. The conclusions are unequivocal; the Vidar is far easier to use than its predecessor, more versatile, just as effective and around twice as rapid in function. Okay, so the world might not beat a path to Nordost’s door – but audio dealers and reviewers should form an orderly queue. Mean-while, if you’re buying cables enquire about having them pre-burnt; the effects are far from subtle and dealers who are serious about cables (and serious about charging for them) should consider a cable burn capability as an essential part of their service. 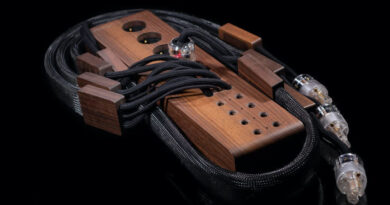 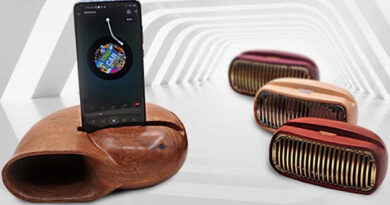