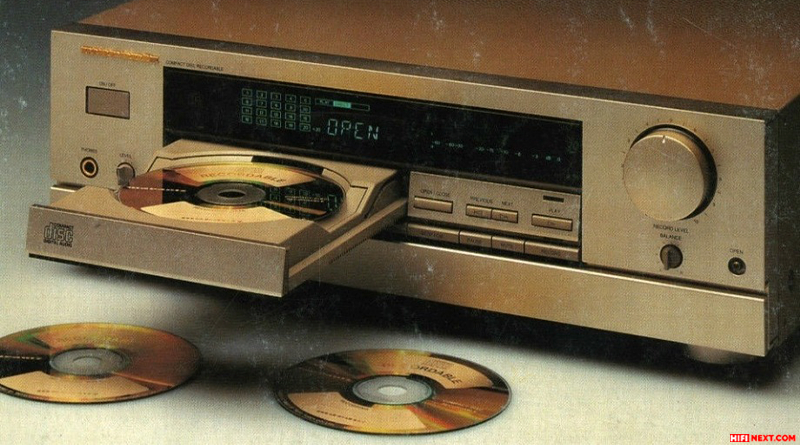 Surprisingly, the CD is almost 40 years old, once the most popular audio format is still in demand, but for all lovers of beauty – our selection of the most interesting vintage CD-players.

One of the first serial Sony CD players is made in a rather ordinary design by modern standards, which did not prevent it from marking a new, digital breakthrough in sound reproduction in the early 80s. The device boasted reliable mechanics (the solution with a sliding tray was soon adopted by many large manufacturers) and a 16-bit CX20017 DAC. The frequency range stretched from 5Hz to 20kHz, the signal-to-noise ratio reached 90dB, and the distortion factor did not exceed 0.004%.

The originality of design of audio device from the Swiss company Revox can only be envied. The CD-player under the index B225, one of the first models of the new digital era of audio, was no exception. Here are the original rectangular buttons, and trendy color scheme, and magical greenish backlight of the CD loading tray. Inside the Revox B225 is the famous Philips CDM-1 transport, the TDA1540 DAC and first-class circuitry. The result is a frequency range of 20Hz to 20kHz, a distortion factor of 0.006% and a signal-to-noise ratio of 96dB.

A two-unit player with a very non-trivial design, evoking associations with either a cash register or electronic scales, is a striking representative of the High End class. The Luxman DP-07/DA-07 was made at the highest level: a massive anti-vibration case (set weight – 47kg), exemplary Philips CDM3 transport and a Sony laser head, a power supply unit with two toroidal transformers, a 16-bit DAC without an LPF filter. The only upset was the price tag, which reached $20,000 per set.

This luxurious player, introduced by Yamaha in 1991, featured not only a memorable finish with plenty of natural wood, but also first-class hardware: a top-loading CD tray and a massive 160-gram bronze clamp, a bitstream-chip DAC, 48,000μF power capacitors and FET transistors in the output cascade. Such a thorough approach to the design of the Yamaha GT-CD1 not only affected its weight (24kg), but also its price, which exceeded the ¥500,000 mark.

The premium CD player Kenwood L-D1 featured not only by a stylish aluminum case with wooden sides and a very original tray for loading a disc, but also by curious hardware. Proprietary transport with brushless motor, Sony KSS-331A laser head, power supply with three transformers, FET-transistors in the output cascade. The result is a relatively low price of 280,000 yen and a place of honor in the best audio setup.

The two-unit Denon DP-S1/DA-S1 went on sale in 1993 and surprised not only with its off-scale cost (880,000 + 780,000 yen), but also with its futuristic appearance, which hid the latest technical solutions. The DP-S1 is in a solid noise-immune case – a mechanism from the Japanese company Victor, with a top-loading disc and ruby ​​bearings. The 20-bit DA-S1 DAC also met the highest level, with a class A FET output stage, 100dB dynamic range, 120dB signal-to-noise ratio and crystal clear sound.

Despite the fact that the founder of the company Mark Levinson left it in the early 80’s, the eminent brand of semiconductor audio equipment continued to conquer the hearts of audiophiles, and in 1997 introduced an interesting CD player called No.39. In addition to the laconic design with the proprietary bend of the front panel, the device was marked by a price tag of about $6000, two 20-bit DACs, a frequency response from 10Hz to 30kHz, a distortion factor of no more than 0.003%, a signal-to-noise ratio of 105dB, a channel separation of 110dB and the expected high-quality sound.

Introduced in 1999, the Meridian Reference 800 rightfully claimed the honorary status of a reference-grade player with superior sound quality and cutting edge functionality. The device offered breakthrough technical solutions for its time – in particular, a highly efficient proprietary DSP processor with error correction, the possibility of oversampling and increasing the resolution. And, of course, perfectly accurate and transparent reproduction of music, thanks to which the model was in strong demand.

Linn Products is well known among audiophiles who are willing to spend a lot for great sound. In 1999, the British brand introduced the Sondek CD12 player, with uncompromising digital audio performance and unconventional design. Inside Linn Sondek CD12, there is real audiophile luxury: top level mechanics, 20-bit Burr-Brown PCM 1702U-K DAC and Pacific Microsonics PMD-100 digital filter. The result is a flat frequency response from 5Hz to 20kHz, a distortion factor of 0.0017%, a signal-to-noise ratio of 108dB, and a channel separation of 120dB.

Despite the fact that Super Audio CDs never became a truly mass-market audio medium, they still excite the minds of the most curious audiophiles. Well, it all started with the Sony SCD-1 player, which set a high bar for the quality of music playback in DSD format. The model is made in a solid 6mm aluminum plate housing, with massive vibration-isolating feet, top disc loading and sliding motorized cover, ruby ​​bearings and a clamping clamp, a first-class power supply with a pair of transformers. The results of hard work of developers – frequency response from 2Hz to 50kHz, dynamic range 105dB, distortion no more than 0.0012% (when playing Super Audio CD). All this turned the new player into an audiophile dream, which was available at a relatively low price for such a device, about $5,000. 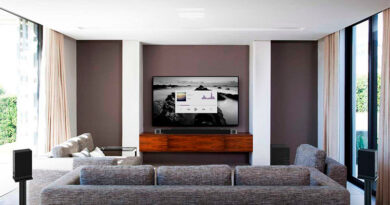 Klipsch has introduced a line of multifunctional Cinema Sound Bars 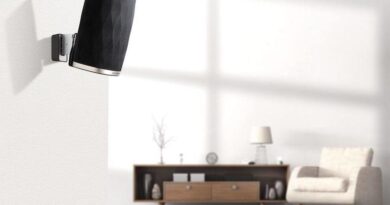 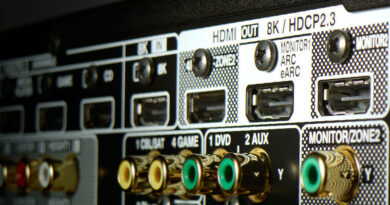