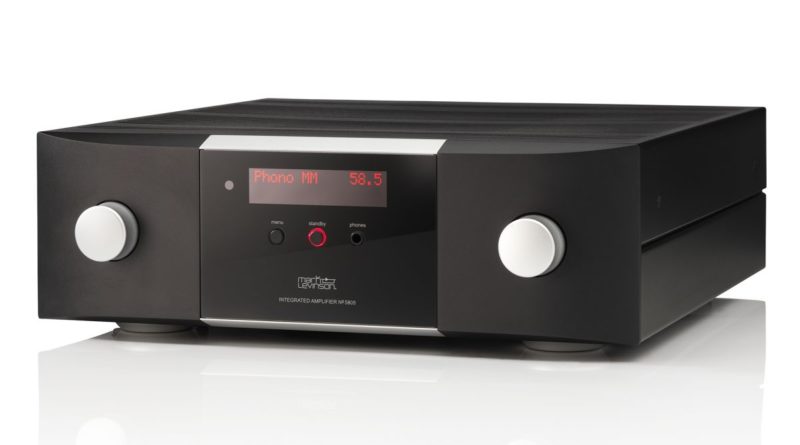 When it comes to high-end amplification, few brands are as prestigious as Mark Levinson. The company helped establish the idea of high-end hi-fi in the 1970s and, despite going through a few fallow periods, remains one of its leading lights.

The No.5805 has quite some legacy to live up to. It may not be obvious from that hefty price tag, but this integrated is pretty much the entry point into the company’s amplifier range. Its sister model, the 5802 (£6999), is built into the same chassis but only offers digital inputs. So, if you require analogue line ins or a phono stage, you’ll need to buy the one we’ve got on test here.

It’s a pretty well-equipped unit with three analogue line-level inputs, including a balanced XLR, alongside a quartet of physical digital connections. There’s a choice of USB, coax and a pair of opticals and a nod to wireless modernity in the form of aptX HD Bluetooth.

Fans of vinyl haven’t been ignored either. The No.5805 has a built-in phono stage that will cope with both moving magnet and moving coil cartridges. The cartridge loading is adjustable via a series of dipswitches on the back panel. Such adjustments are important to get the optimal sound from any cartridge you connect.

The gain values for each of these sections are sensibly chosen, with the moving magnet circuit set at 39dB and the moving coil 69dB. These values should be compatible with the vast majority of the cartridges on the market, so we don’t foresee any obvious issues.

There’s also an ethernet socket on the back panel. Don’t get too excited, as the port is only used for control purposes and there isn’t a network-streaming module included in the package. Indeed, you can use this network connection to manage the unit’s set-up configuration from a computer or tablet. It’s more convenient doing it this way than relying on the remote and front panel controls, though the graphical interface can be described as basic at best.

The amplifier’s set-up menus are pretty wide ranging, providing various digital filter and upsampling options, adjustment for gain levels per input and the facility for giving custom names to those inputs.

There are no less than seven digital filter choices from the traditional ‘Brickwall’ through ‘Apodizing’ and ‘Linear Phase’. While there are obvious technical differences, there’s no wrong answer here – the answer will depend on your system and recording chosen, as well as taste. We settle for ‘Minimum Phase’, as it offers the most pleasing presentation in our system.

The No.5805’s build is reassuringly solid. Its finish is as good as we would expect at this level, and the controls, particularly the dials that switch inputs and adjust volume, spin with precision. While there isn’t quite the same aura of luxury as its big brother, the £12,000 No.585, it’s up to the standards set by direct price rivals, such as Krell’s K-300i.

Take a look inside and it’s hard not to be impressed by the tidiness of construction. The preamp circuit is a direct-coupled, dual-mono design in a bid to optimise stereo imaging and sonic precision. Elsewhere there are large heatsinks running down both sides, a generously sized toroidal mains transformer (rated at over 500 VA with separate windings for left and right channels) and circuit boards that seem to have been configured by a neatness obsessive.

This integrated is rated at a healthy 125W per channel into 8ohms. That figure just about doubles as the load impedance halves, which is impressive. That means the No.5805 will drive even the most difficult speakers without issue, and to pretty high levels. Only those with the largest rooms or particularly inefficient speakers are likely to need more.

While the amplifier’s casework gets hot during use, we never get to the point where the heat feels excessive, even when we push it really hard. We would still recommend ensuring that there’s plenty of ventilation around it to avoid over-heating though. Also, make sure you have a sturdy support – this integrated weighs in at just under 28kg.

Bluetooth, even of the aptX HD variety, may not seem an obvious place to start when testing an amplifier at this level, but we’re keen to see just how well the technology has been implemented. We use an Apple iPhone X loaded with the Qobuz streaming service and it connects quickly without fuss.

We listen to Nitin Sawhney’s Fragile Wind and like what we hear. The ML sounds clean and precise, rendering each sound with obvious care. It’s a musically coherent presentation, one that does well when it comes to communicating the momentum of the piece. Vocals come through with clarity and are nicely separated from the instrumental backdrop while dynamic shifts are conveyed with fluidity.

Bluetooth can only take us so far and we’re itching to dig deeper into the No.5805’s abilities. We switch to our reference Naim ND 555/ 555 PS DR music streamer. This makes as big a jump in performance as we hoped, highlighting the amplifier’s innate transparency.

We listen to a range of music from the sultry, rhythmically delicate Mira by Melody Gardot to Holst’s Jupiter and Kanye West’s Yeezus. The No.5805 handles this diverse collection of music with ease. It has the resolution and dynamic expression to render Gardot’s lovely voice with the body and finesse it deserves.

This is a lively, entertaining performance that’s as detailed as they come, but also fun to listen to. The ML isn’t the kind of amplifier that makes everything sound large and impressive. It can do that, but only if that’s the way the recording is. Mira sounds light and breezy, intimate in scale and appropriately toe-tapping, which is exactly how it should be presented.

A large-scale symphony such as Jupiter requires an amplifier to have different skills. This piece needs power, authority and scale, things that the No.5805 is happy to provide. Krell’s K-300i sounds even bigger and more bombastic with this recording, making the ML sound a little lightweight in comparison. But the ML counters with the ability to paint sounds with precision and with a more delicate brush.

High-level dynamic swings are punched out with confidence, with the amplifier sounding impressively composed even when pushed hard. We can’t fault its organisation or its ability to float an expansive sound stage and populate it with solidly focused and carefully layered instrumentation.

Tonally, things are pretty even. This is a refined presentation. One that’s got enough in the way of smoothness to avoid making a meal of poor recordings or sources but remains transparent enough to allow good quality music feeds to shine.

We move from the analogue line stages to the co-ax digital input and this amplifier continues to please. We lose some of the solidity and authority of the ND 555’s internal DAC but the digital module inside the 5805 delivers enough in the way of expression and rhythmic coherence to leave us impressed. It’s a clean and crisp sound that balances smoothness with bite.

The story is almost as positive with the USB input, which can accommodate up to 32-bit/384 kHz PCM music streams or DSD 11.2. This input just lacks a little of the verve of the co-ax, but remains good enough to entertain.

We connect our reference Technics SL-1000R package to the phono stage and take advantage of the amplifier’s variable cartridge loading to optimise the sound. It doesn’t take long before our Kiseki Purpleheart MC (£2,450) is singing and delivering a sweeping sound brimming with insight. We miss a little dynamic punch and the sense of transparency the line stages have, but the No.5805 still turns in a fine performance.

The 6.3mm headphone output is a good one. It retains the pleasing character of the speaker outputs and manages to drive our Beyerdynamics T1 to high levels with ease. The sound through our headphones is spacious, informative and entertaining.

The No.5805’s sound doesn’t grab the attention as firmly as some rivals, but over time its many charms become obvious. Its presentation is clean, detailed and articulate, while the feature set is admirably broad and useful. If you’re in the market for a premium integrated amplifier then this is one to consider. 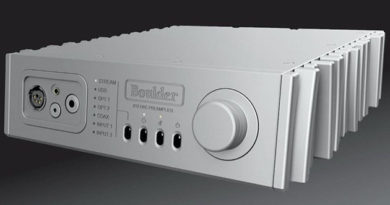 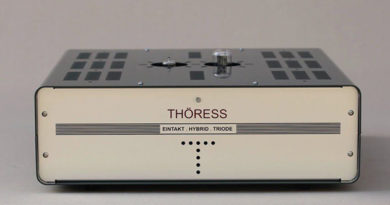 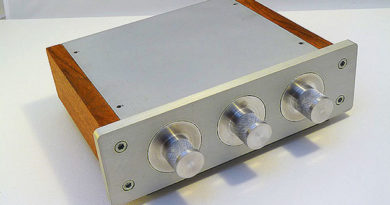