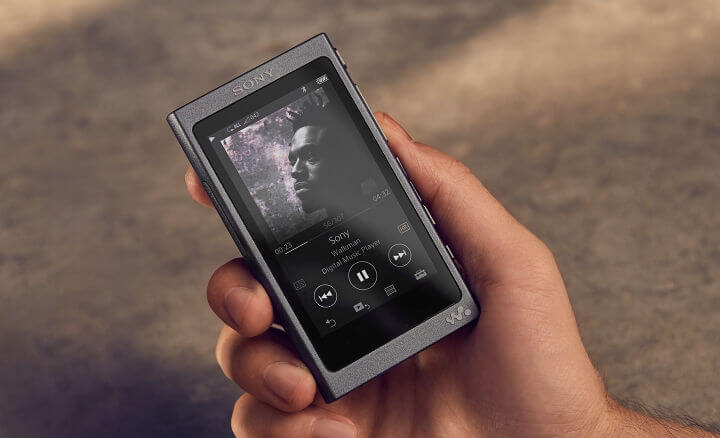 It’s 2019 and you’re reading a review of a Sony Walkman, so let’s clear up two things: it’s not a 40th-anniversary commemorative edition of the TPS-L2 audio cassette player and you’re not trapped in an episode of Quantum Leap.

Like most people, you probably have an iPod Shuffle or similar kicking around in a drawer at home somewhere, relegated to either back-up storage or a hire-car hook-up. That it’s been made largely redundant now is probably because you have a smartphone that came with headphones and a streamer pre-loaded.

However, as hi-resolution digital audio has become established in recent years, there has been a resurgence of dedicated portable music players that can handle lossless FLAC, ALAC, single-bit DSD and uncompressed WAV hi-res audio files. The latest Sony Walkman, the NW-A45, is one such player.

Around the same size as a credit card, the Sony NW-A45 won’t take up a lot of room in your pocket. If its 16GB built-in storage seems disappointing, its microSD slot means you can add up to 512GB of extra space to this diminutive box. Sony says it will support up to 2TB, so if you could buy a microSD card that big, you’ll have a huge amount of space.

The little unit feels good in our palms – soild, reassuringly weighty and with handy power and volume/track selection buttons along the right-hand side of the touchscreen. Sony claims the NW-A45 is waterproof (though to what level isn’t specified), so it’s potentially a good shout for travelling and poolside listening, but you’ll have to remember the supplied charger – the unit has Sony’s wider WM port for charging.

Headphones do not come in the box, and that’s a shame, but you probably already have something suitably qualified for the job. The majority of our test was carried out with Cambridge Audio’s Melomania 1 wireless headphones, but we also listen with wired in-ears and over-ears, to give this Walkman a proper run for its money.

The Sony NW-A45 is at the budget-friendly end of the portable hi-res audio player market, yet still boasts an impressive list of features, including digital noise cancelling and ambient sound modes (when used with compatible headphones), Bluetooth with NFC one-touch pairing and up to 45 hours of battery life.

The device’s home screen is adequate, but there’s a lot going on here. If you’re used to Apple’s simple and intuitive iPod Touch-embedded Music app, for example, the prevalence of unusual buttons here could appear jumbled.

To pair using Bluetooth, for example, you click on a toolbox on the home screen, then a spanner (or settings), then a pair of headphones with some wavy lines (which turns Bluetooth on and off) and scroll down past several sound and noise-cancelling sub-options to find a Bluetooth heading, then toggle “Connect to/Add audio device” to find your pairing partners. Once you’ve located the correct menu, pairing is relatively easy and the Bluetooth connection is rock solid.

We load five hi-res audio albums on to the NW-A45. That’s a total of 42 tracks, all FLAC files, on the device, but even though they’re lossless files, which are compressed, it has devoured almost three-quarters of our storage. With only 4.61GB left to play with, we’re sure we’d be investing in a microSD card before long.

We add some MQA music files in the shape of Jorunn Torsheim’s Amore e Morte plus a DSD album, The Zombies’ Greatest Hits. That we’ve just transferred DSD files to the unit in a matter of seconds is a real revelation – it takes serious effort and extra expense to play DSDs through an iPod Touch – but we’re already down to our last few gigs of space.

Once our FLAC files are loaded, metadata such as album artwork is well-presented on the LED-backlit TFT colour display, although the screen’s portrait-only orientation means song titles are often cut off halfway through text – and it doesn’t scroll to allow you to read the whole title, as it does on some interfaces.

We kick off our listening with Bowie’s Lazarus and the sombre percussion, walking bass, sensitive drum beat and synth chords that initiate Bowie’s brutally direct and heart-wrenching vocal are adroitly handled. There’s good bass depth, musical cohesion and space around the various instruments. Bowie’s voice is detailed and emotional, and his intakes of breath are audible.

Playing the same track on Apple’s 32GB iPod Touch (£199), there’s a notable drop in expansiveness and detail – particularly where vocals are concerned. The Sony’s treble is more musically sensitive, too – the iPod Touch’s marginally edgier, more pointed treble is a minor shortfall by comparison. Sony’s NW-A45 is a more rounded and more sonically authentic offering.

We select Sony’s ClearAudio+ function, which boosts both the bass and treble and ups the excitement of the sound on offer. We play Hans Zimmer’s Time (from the motion picture Inception) and the legato passages of each cello and viola are emotive, full, and sound like an orchestra; real instruments being bowed independently but pulling their weight towards a collective end goal.

Here though, the initial pulsating low and multi-layered synth pads seem to resonate more through the iPod Touch – the build to crescendo seems to start smaller and end with a fuller flourish dynamically.

The NW-A45 is more natural, precise and convincing through the treble and midrange, but the iPod just edges it for dynamic punch, momentum and timing as we listen to Zimmer’s synth-layered drum fills. Put simply, the Sony offers a hi-fi sound in the best possible way, but the Apple product sounds marginally more fun on occasion.

It comes down to what you want from a player. If you’re looking for a personal music player (PMP) that has wireless internet support for Deezer, Tidal, Spotify streaming and the like, then go for the iPod Touch. If you want something that requires a bit more work, but lets you listen to hi-res PCM and DSD files on the fly with optional noise-cancelling, then this Walkman is for you.

But the Sony has one other advantage over the iPod Touch: it doubles up as a DAC, so can upscale the sound quality of your laptop. Simply plug the Walkman into your computer’s USB port and select the DAC function from the device’s home screen. The signal is then processed by the Sony’s DAC, levelling-up your computer’s inbuilt digital-analogue-converter.

Despite our best efforts, we can’t get this function to work on a MacBook Pro, though it does significantly improve the sound from a Dell computer.

Sony has designed, marketed and priced the NW-A45 to act as a companion to your smartphone rather than as an alternative, purely handling your desire for hi-res music. And it does this very well for the price, boasting more hours of playback than the iPod Touch, plus the build quality is excellent and it feels more expensive than it is.

Of course, the iPod Touch also has apps, cameras, FaceTime, messaging services and a voice assistant. However, despite its offline status and clunky user interface, at this price, there’s an awful lot to like about this latest version in a long line of Sony Walkmans. 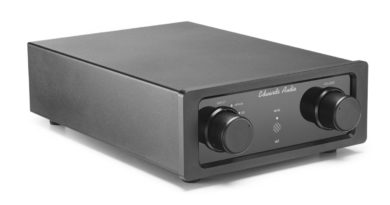 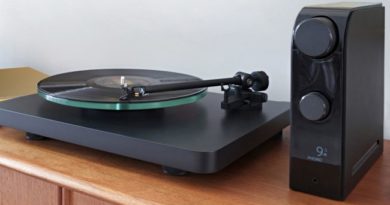 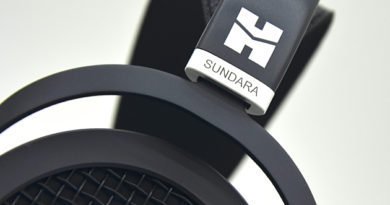