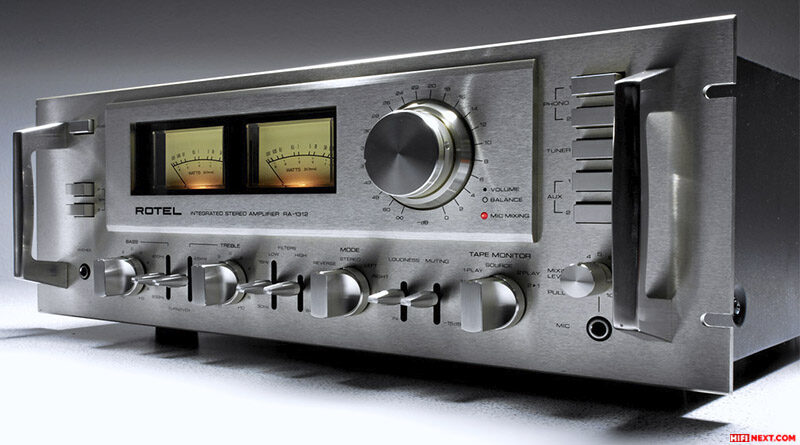 Nowadays, many manufacturers of audio equipment, having caught the public’s need to familiarize themselves with the “eternal” values, began to gradually return to their own classic models of the 1950s-70s, or to produce new devices that are completely similar in design to those that were created in their time. glory to Hi-Fi technology. We have collected in this collection several interesting models, as if they directly came to us from the golden age of audio.

The list opens not just an imitation of a classic model, but a real radio receiver of the 1950s, from which all the old stuffing was taken out and replaced with a modern one. The small French company A.bsolument from Clermont-Ferrand specializes in restoring and modernizing old radios. Unfortunately, even the original speaker was not left from the receiver itself, but there was a Bluetooth module with aptX support, a 120W class D amplifier and a coaxial driver from Focal with a fiberglass cone and an inverted aluminum tweeter. The natural wood body has undergone a careful restoration.

As if descended from the pages of a 1970s catalog, the three-way model features not only a large 10-inch paper woofer, but a compression horn with an inch dome tweeter, as well as a high sensitivity of 92.5 dB. The mids are sounded by a separate driver with a paper cone with a diameter of 13.5 cm. The speakers are capable of operating at up to 300 watts. The vintage look of the Magnat Transpuls 1000 is complemented by original dust grilles and a metal brand logo. The weight of one speaker is 20kg.

Despite their appearance, these speakers were developed and released to the market in 2020. A vintage fleur to the speakers is also given by the plates with the frequency response graph on the front panel of the case and the acoustic sensitivity controls in the mid-frequency and high-frequency ranges, located nearby. Mid frequencies are sounded by a dome driver with a diameter of 55 mm, a silk tweeter comes into operation above.

The bass reflex hole is brought out to the front of the speakers, so that they can be safely moved to the wall without fear for the quality of the bass. Responsible for this 12-inch speaker with a white cellulose cone, the crossover frequencies are set to 700 and 5000 Hz. The nominal impedance of the model is 6 ohms with a sensitivity of 92 dB. Each speaker weighs 28kg.

Another vintage speaker from France from Eltax. They are equipped with two identical one-inch tweeters arranged in shallow horns. Between them is a 6″ cellulose fiber cone midrange driver, and below is a 15″ (38 cm) paper cone woofer. The bass driver works in a phase-inverted design, two large ports are brought out next to it on the front panel.

The declared operating range of the model extends from 30 Hz to 22 kHz, the nominal impedance is 8 ohms, and the minimum is 5 ohms. At the same time, the speakers are distinguished by high sensitivity, reaching 96 dB. Taken together, this promises a light load for the amplifier. Each speaker weighs a solid 34 kg.

The first amplifier from a famous manufacturer of full-range speakers can only be like this – large arrow indicators on the front panel and glowing through the slots of the lamp. The Supravox Vouvray Integrated Amplifier is a hybrid circuit in which the preamplifier section is based on 12AU7 dual triodes and the output stage is based on Toshiba bipolar transistors. The power supply is organized on a W-shaped transformer; there is also a phono stage for MM heads. The power is 70 watts per channel at 8 ohms, the device weighs 19.5 kg.

This is a complete reissue of the classic BS50 speaker system, which became a real style icon in the 1950s. For its 70th anniversary, Elipson has released a limited edition of the new version of the legendary speakers. Note that the acoustic reflector was originally intended to compensate for the lack of power amplifiers of those years, but instead became the most recognizable design element in the world of Hi-Fi. Today, inside the Elipson BS50 Tribute is a 200mm coaxial two-way driver with a paper bellows and a soft dome tweeter. Sensitivity – 90 dB, input power – up to 100 watts. Each speaker weighs 30 kg.

Despite the fact that the history of the French brand Jadis dates back to the 1980s, its very name, translated as “before”, speaks of the firm’s commitment to classic recipes. The Orchestra Black Silver integrated tube amplifier is outwardly indistinguishable from the first amplifiers of the 1940s and 1950s; its modern origins can only be guessed at by the connectors and the overall high quality of the finish.

The input stage is implemented on double ECC83 triodes, and the popular EL34 tubes operate at the output, two for each channel. The power of the device is 2 x 40 watts, the company produces power and output transformers independently. The amplifier weighs 20 kg. 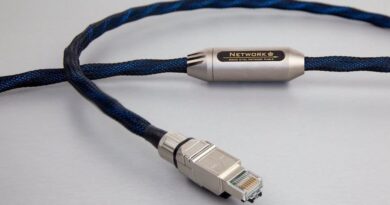 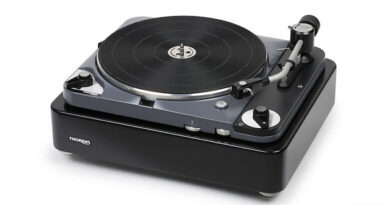 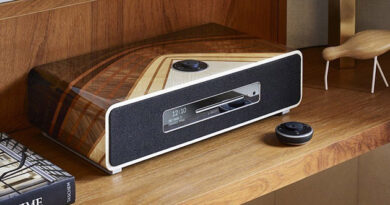