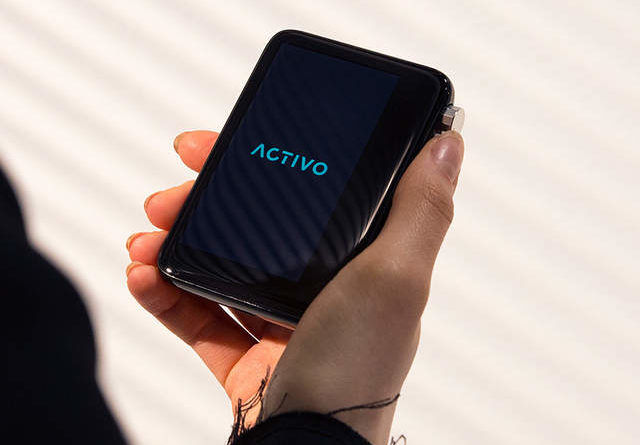 You probably won’t have heard of Activo, but the CT10 has been developed by Astell & Kern and its parent company iRiver for the hi-res download and streaming service provider Groovers Japan.

There are nods to Astell & Kern’s signature designs here, such as the mint green volume dial in the top-right corner (as seen on the A&norma SR15) but visually, it looks like a smaller, thicker iPhone 3S.

The curved edges of the Activo CT10 feel comfortable in the palm, and the play/pause and track-skipping buttons along the left side are intuitive. There’s a power button on the top right and the volume dial clicks pleasingly as you rotate it up to a 150 maximum.

The dial feels a tad gimmicky, though, and with such a small display, it would be nice if it could perform other functions too. Overall, the build feels quite robust, if susceptible to a few knocks.

The integrated 16GB memory means you’ll be forking out for an SD card to slot into the built-in microSD slot before long (you can add up to 400GB storage here), and you’ll find no 2.5mm balanced headphones output nor S/PDIF digital or line-level analogue output.

There are no headphones supplied in the box either, although there is a grey fleece travel pouch and a micro-USB charger for hooking it up to your computer and/or using it as a USB DAC.

Mac users will need to download the free Android File Transfer Utility from the Activo website to manually copy music files onto the CT10. Once the player is hooked up to your computer, you’ll also need Astell & Kern’s MQS Streaming Server software, enabling you to stream music over shared wi-fi from either your computer or a local server with a DLNA connection. We recommend doing both, even though you’ll need the former more often than the latter.

Charging time is four hours and, once fully-charged, the battery life is a claimed 10 hours.

We download the Mac file transfer software and, after a few minor issues with the Android File Transfer, we are able to load music directly to the Activo CT10.

Unlike some entry-level PMPs (personal music players), wi-fi is onboard, which widens the ways in which you can access music. Tidal, Spotify and Amazon Music are all built-in, so with a subscription and wi-fi, you can stream or download your song choices to access when you’re out and about.

One potential issue is that the touch screen is small, making more involved tasks a struggle. The screen is too small for keyboard functionality, and we grew frustrated as we tried and failed several times to key in our Spotify and Tidal account username and password.

The Smartphone-style user interface is bright and easy to understand, but also suffers as a result of the screen size. Tapping ‘Album’ is too close to the ‘back’ arrow on the cramped screen and so we’re continually being sent back to a previous screen while searching for music.

We link a pair of Bluetooth headphones, Cambridge Audio’s Melomania 1s, and an on-screen notification tells us we’re using an aptX connection – the Activo CT10 is among the few budget players to support aptX HD as well as MQA (Master Quality Authenticated).

AptX HD allows playback with up to 24-bit resolution and sampling rates as high as 48kHz over Bluetooth, provided you pair it with wireless headphones that also support aptX HD. That means it’s capable of streaming hi-res music wirelessly. Tidal is embedded in the player and serves hi-res MQA streams, typically at 24-bit/96kHz.

On paper, then, the Activo CT10 should be a great little PMP for hi-res streaming and offline playback. It’s very tweakable, too, with no fewer than ten EQ levels to tweak and six ready-tweaked presets for various music genres.

We kick things off with Joni Mitchell’s Blue album, loaded to the Activo as a FLAC file. All I Want sees Joni’s voice soar up through her incredibly effortless head voice, but there’s a perceptible clicking sound. We pair the five-star Melomania 1s to our comparison player, the Sony NW-A45 and the interference in the higher treble disappears. We pair again to the CT10 and it’s back.

Switching to wired headphones, the interference disappears entirely. It appears to be an issue with the Bluetooth module interfering with wi-fi in the CT10, rather than any edginess to the sound presentation. Nevertheless, it’s a worry.

We switch to Sennheiser Momentum 2 wired headphones and, with the clicking now eliminated, the difference is startling. Joni’s voice is tonally precise, with the space around her vocal allowing for nothing short of exceptional instrumental detail in terms of the strummed guitar strings.

There is dynamic punch, emotion and a musical interplay between the lower guitar chords in our right ear, and the melody toying with our left. Through the bass, the CT10’s presentation is responsive and deep.

Switching to Kendrick Lamar’s Institutionalized from the album To Pimp A Butterfly (also a FLAC file), the strikes of the high-hat reach us with sparkling clarity and energy. Snapped fingers and backing vocals are punchy and forward too, given ample space to be meaningful. Throughout These Walls, Lamar’s voice is expertly handled and three-dimensional; an overall performance that is cohesive, musical and dynamically full of resilient emotion.

We download some songs from Spotify to the Activo CT10 and listen to Ella Eyre’s Waiting All Night. The maraca is steady and detailed alongside an effortless and impactful dynamic build – particularly through Eyre’s emotionally edgier, belted vocal as she reaches up to the high notes.

With wi-fi back on, we stream some German hip-hop/soul from Spotify, with Xavier Naidoo’s 1998 album Nicht Von Dieser Welt. The connection is strong and streaming is seamless. That we even have access to this somewhat off-the-beaten-track album means it leaves a lot of the PMP competition at this level behind. Sonically it’s another detailed, emotionally dynamic performance, with the percussion that’s often imperceptible at the opening of the track delivered with zeal, as is the layering of Naidoo’s vocal.

If you want a dedicated PMP with direct access to Spotify or Tidal, the Activo CT10 should be a great entry-level option. Sonically, it’s a five-star player when used with wired headphones – but unfortunately it’s not a five-star product overall.

The CT10 is packed full of features, but is awkward to use and set up, and there appear to be some technical gremlins in residence. The screen is also too small to allow for an easy, user-friendly interface.

We hope that with a few tweaks we can reassess the Activo. It has the potential to be a category kingpin – it’s just not there yet. 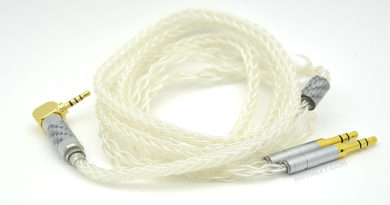 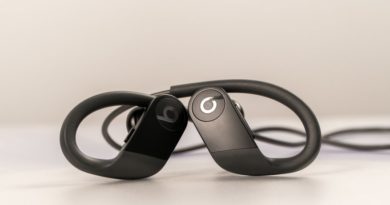 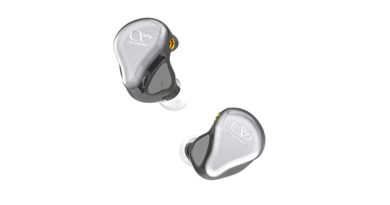