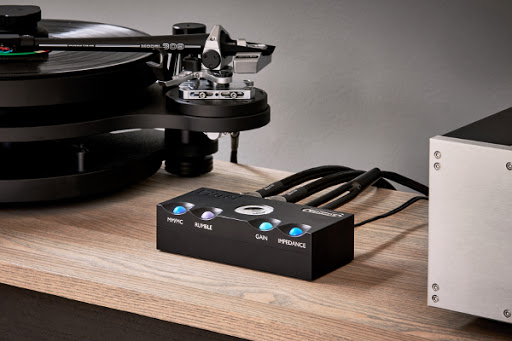 Anyone with even a passing interest in premium hi-fi can’t have failed to notice that Chord makes brilliant digital-to-analogue converters. Indeed, the company has truly dominated the quality DAC sector in recent years, producing a string of class-leading products from the portable Mojo (£399) to the high-end DAVE (£8500) that have left the competition floundering.

Amid all that fuss, it’s easy to forget that Chord still makes analogue amplification, and has done so for the past 30 years.

To help celebrate that significant anniversary, the company has launched the Huei phono stage. The Huei is built into one of Chord’s distinctive compact cases – similar to that used on the Qutest, our current DAC Product Of The Year – and it looks very smart too.

The casework has a luxury feel normally lacking in products of this type and is small enough to be tucked away unobtrusively on a shelf. There’s only one finish option and that’s black.

Around the back, there are the usual single-ended stereo RCA connections for input and output as well as a balanced XLR out option. Be careful when using heavy cables though, as the Huei is light enough to be dragged around by their weight.

While the Huei’s control layout looks simple, it suffers from Chord’s usual use of buttons that turn a different colour to indicate the setting chosen. Some sort of proper display would be more intuitive to use.

The options for moving magnet and moving coil are simple enough, with the relevant button turning either red or blue respectively, but when it comes to gain there are eight colours, one for each step from 21-42dB for moving magnet cartridges and the same again for moving coils (49-70dB). But that’s modest compared to the 12 different shades that are shown by the impedance button to indicate cartridge loading values.

We’re happy that Chord has offered such a wide range of adjustment, but it’s hard to manage the settings without the manual. Still, this is something that’s usually done once on initial set-up and then only when you change cartridge, so it’s something we can live with.

It only makes sense to spend this much money on a phono stage if your record player is suitably talented. We use our reference Technics SL-1000R with Kiseki’s Purpleheart moving coil cartridge for much of this test and then swap cartridges to Goldring’s still excellent 2400 to test the Chord’s performance with moving magnets. Vertere’s extremely talented MG-1MkII turntable/SG-1 MkII arm/Mystic MC cartridge package is also pressed into service.

Those expecting the Huei to dispense with all-comers in the manner of the company’s DACs are in for a disappointment. This phono stage is a useful performer, but it doesn’t set new standards for the price in the way the company’s digital products do.

We start with Orff’s Carmina Burana, and are pleased to find that the Huei delivers a nicely even sound – nothing sticks out, nothing grabs our attention, other than the music. There’s a good level of insight here, certainly enough to follow subtle instrumental strands within the complex musical score. There are some savage dynamic swings in this piece and the Huei handles them with composure and control. It never sounds rushed or fazed when things get demanding and keeps a firm hand on things throughout.

There’s plenty to like about the stereo imaging, which is open and stable. Instruments and sounds are confidently placed in the decently sized soundstage and don’t wander as the music becomes more demanding. There’s a pleasing lack of hardness and edge to the sound, which makes it easy to sit in front of for hours on end.

Yet, compared to class leaders, such as the similarly priced Vertere Acoustics Phono-1 MkII (£1000) and the more upmarket Cyrus Phono Signature (£1495) there are things lacking. The Chord isn’t as dynamically expressive as these fine performers, nor does it sound as open or exciting.

We play Laurie Anderson’s My Right Eye, but the Huei doesn’t capture the track’s hard charging rhythm with as much skill or conviction as the best. It lacks a little punch and definition in bass frequencies and that leaves it sounding a touch rounded and soft in comparison.

It’s not all bad news though. Anderson’s voice is clear and nuanced. It’s rendered with convincing natural warmth and is nicely textured. The presentation’s level of clarity is pleasing as is the amount of detail the Chord reveals. We also note the phono stage’s ability to deal with complex music without confusion and like the way it informs without being clinical.

The Huei is well built, compact and decently equipped. It may not top the class for sonic ability, but it is a solid performer that delivers enough in the way of insight and composure to be taken seriously. 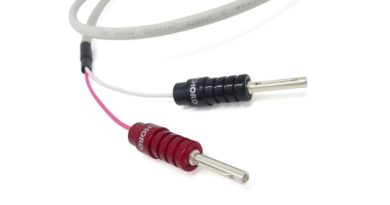 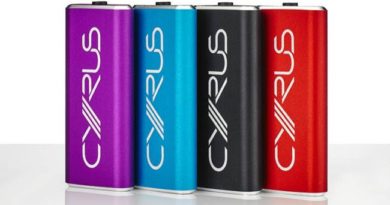 Sony has finally unveiled a new model in its line of wireless noise canceling headphones – the WH-1000XM4. Rumors about

The brand, owned by the Japanese company Cyrus Co., Ltd., released a portable headphone amplifier BA20 and a mobile DAC