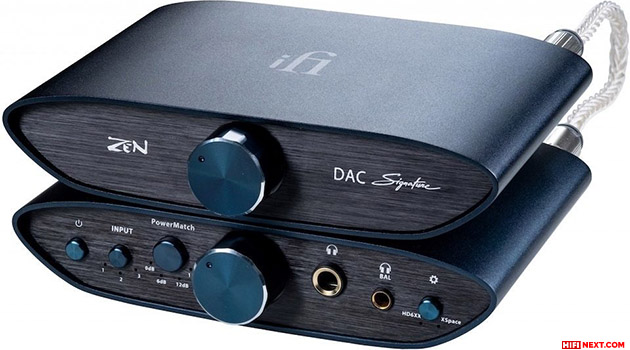 iFi Audio released two of its models – the ZEN DAC DAC and the ZEN CAN headphone amplifier – in the Signature version. At first, only a small number of new items appeared on the Drop.com website. However, the sales result seems to have encouraged iFi to go full-scale.

The ZEN DAC Signature features improved, truly balanced circuitry, complemented by audiophile details such as the Panasonic OS-CON and Elna Silmic II capacitors. Instead, the DAC has lost the on-board headphone amplifier that was present in the original iFi ZEN DAC.

The front panel of the novelty is extremely laconic – only the encoder of the switchable volume control was left on it. A pair of RCA jacks for unbalanced connection to the amplifier was complemented by a balanced Pentaconn 4.4 mm output.

The ZEN CAN Signature is also boosted by improved circuitry, according to iFi Audio. The novelty is equipped with the XSpace surround mode, which broadens the stereo stage and makes the “headphone” sound more natural.

In addition, the ZEN CAN Signature, unlike the original ZEN CAN, received ActivEQ technology. It adapts the operation of the amplifier for a specific headphone model. So far, such headphones have become the Massdrop x Sennheiser HD 6XX – an analogue of the Sennheiser HD 650, created for sales on the same website Drop.com.

Therefore, the full model name of the amplifier sounds like ZEN CAN Signature 6XX. The ActivEQ mode is designed to compensate for certain characteristics of these headphones at low frequencies. Its compatibility with the original Sennheiser HD 650 is promised.

iFi plans to expand the ActivEQ options for upcoming headphone amp releases. The question of which model to configure the next ZEN CAN Signature for, the company addressed to the Internet community. In order to motivate the voting participants, a prize will be drawn among them – the next version of the device.

Both new items are easy to distinguish from regular models – they are decorated in dark blue. The front and back panels are made in dark gray. At the same time, the price of both models in the Signature version has almost doubled.

Separately, the iFi ZEN DAC and the ZEN CAN in the Signature version cost £250 each, together £500. True, at the beginning of sales, a proprietary iPower X power adapter was added to the kit, which separately costs 100 pounds. 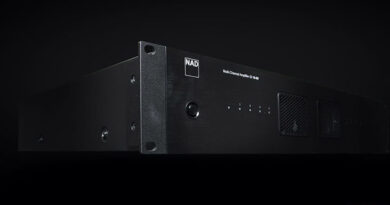 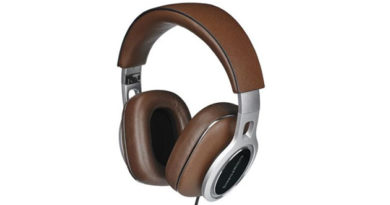 Bowers & Wilkins P9 Signature – among the best audiophile headphones in 2020 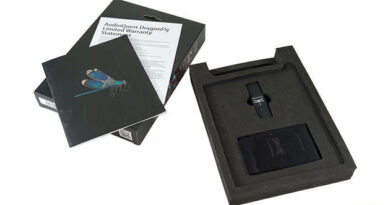