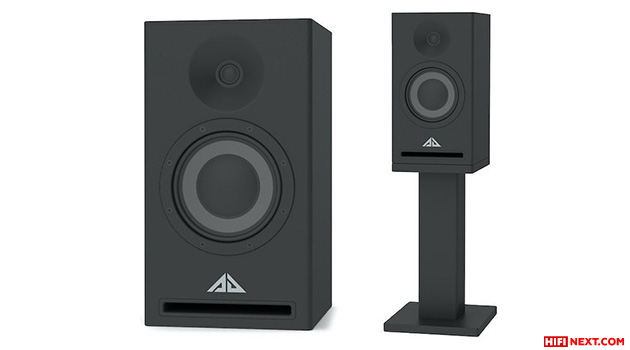 The Aura 1-inch silk dome tweeter in a cone waveguide is paired with an 8-inch woofer with a special paper cone. The speakers received a front slotted phase inverter on the front panel. Under standard measurement conditions, they exhibit a sensitivity of 91 dB. With a peak power of 250 watts, this allowed Analog Domain Audio to recommend Aura for mid-sized rooms.

The Aura developers managed to get a smooth impedance curve of 6-8 ohms – that is, an amplifier connected to these speakers will be able to show almost everything it can do. The crossover was equipped with a 5-position rotary switch located on the rear panel to customize the sound character.

At a height of less than half a meter, Aura can be called shelves – however, these two-way systems will be equipped with racks with a cable channel hidden inside. Grills made of acoustically transparent black fabric will receive magnetic mounts. For convenience, magnets holding the grills are also provided on the side walls of the cabinet – this is how the problem of grills that are not being used at the moment was solved.

The release date of Aura, as well as the price of these speakers, have not yet been announced in Analog Domain Audio. 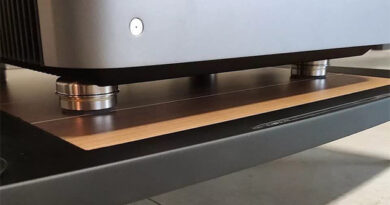