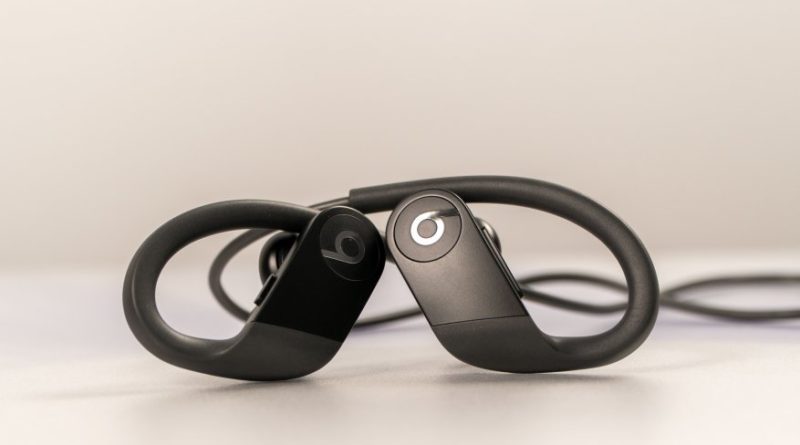 Beats company, which is owned by Apple, follows a parallel path with it, including the production of convenient compact wireless earphones, but at the same time, not intersecting with its products, since Beats and the audience chose a slightly different direction for themselves and the development vector another.

So, now Beats not only has more and more sports-oriented earphones, but also apparently, there has been a complete “cleaning” of the Powerbeats family naming. A year earlier, we had already seen Powerbeats 3, but now we just got Powerbeats and Powerbeats Pro. Now we will talk about Beats Powerbeats. In stores they are also called High-Performance, but on the packaging itself in the official name it is not present, the earphones are called simply “Beats Powerbeats”.

Powerbeats are delivered in a small square package with a super cover and a stylish, brand-specific laconic design in the premium style without the gaudiness and colorfulness. Everything is decorated in black with white lettering. Naturally, great attention, as usual, is paid to the structure: small earphones received a package of five components. Hollows, pockets and formed recesses – everything was touched by the designer’s hand. Even the unpacking of such a product is already an aesthetic pleasure.

Included with the Beats Powerbeats comes a short 20 cm lightning cable in a fashionable black color, a set of replaceable rubber nozzles in three sizes, as well as a carrying bag. Thus, Powerbeats, unlike Powerbeats Pro, did not have either a solid case or wireless charging. A soft bag made of synthetic fabric, of course, will not be able to give serious protection to the device lying among other items in the backpack, so most likely the earphones will need a separate pocket in the bag.

Powerbeats design is already, we can say, classic: the shape is so worked out and ergonomic that there is nothing to add or subtract. The earpiece body itself is made of a hard matte plastic, and the ear attachment shackle is made of springy matte rubber. In fact, it is such a thick flexible rubber braid on the cable: it bends easily, but it is perfectly held behind the ear.

This is the most important and primary advantage of wireless earphones such as Powerbeats High-Performance over TWS: they may not be so easy to handle with their wire, but they will never fall off the neck at the expense of the wire. And there is no reason to fall off: the rubber shackle so securely holds the earphone on your ear that you can engage in any, even the most active sports, and cover them with any caps and helmets.

Of course, the pressure is felt in the ears and behind the ears from the ear pads and shackles, you can not say that the earphones on yourself “do not notice” for hours, as it happens with TWS, the same Apple AirPods. But the purpose of Powerbeats High-Performance is different: the most direct way they are designed for people who lead an active lifestyle, play sports, morning runs and etc. For all this, Powerbeats High-Performance are the best fit.

Of course, the device has protection from sweat and rain splashes, so you don’t have to worry about it, but you can’t go swimming or diving in them. The colors are classic: black, red and white.

The left earpiece has a small power button on the case, and the right earpiece has a more oblong volume bar, so you can’t confuse them. The connecting connector for the cable is represented by Lightning, through which charging takes place.

In addition, there is also a round control button that is inscribed in the logo on the right earpiece (there is no button on the left earpiece). There are no sensor pads here, and thank God, they are more likely to cause errors than “mechanics”. A single click on the button implements start or pause, double switches to the next track, triple returns to the previous one.

Powerbeats are built on the current Apple H1 processor, which previously released AirPods 2 and AirPods Pro. A little earlier, the mentioned fully wireless Powerbeats Pro came out on the basis of this platform, and now more affordable Powerbeats have received it. It supports calling the voice assistant with the phrase “Hello, Siri!” for example, or working with” Google Assistant ” if the user has a smartphone running on Android OS.

The pairing process is automated for Apple devices: as with AirPods, a window POPs up on the iPhone screen with an animation (the design matches the color of the earphones themselves) and an offer to connect. For Android devices, of course, everything is a little more complicated: the first time you will have to connect via Bluetooth device search, then the pairing will be automatic.

You can download a separate app for your smartphone. For example, in the same Google Play there is an app Beats, but its functionality is limited to displaying charging and updating the firmware of the earphones, there are no other settings. There are no complaints about the quality of the Bluetooth connection: within the apartment/office, Beats Powerbeats keep the signal stable and do not lose communication. Power on and Bluetooth connection are accompanied by light signals of diodes.

Here you need to remember that if you have a habit of removing and throwing in the case of TWS wireless earphones, which are already there by themselves go to sleep, recharge, etc., then you need to take care of saving battery power yourself. That is, every time you remove the device and put it in the bag, you need to remember to press the power button.

Powerbeats work as long as possible: you can count on the stated 15 hours of operation from a single charge, and the built-in batteries are fully charged in just an hour. If you recharge, as they say, “on the go”, then in just five minutes you can give the earphones a charge for an hour of listening. This is convenient before training, even if you forgot to charge at night.

This is a clear attempt to please everyone. Historically, Beats has developed a reputation for earphones for fans of electronic music and thick bass. In this regard, the new product, of course, follows in part the traditional recipe, but at the same time offering a more universal serving scheme. In principle, the sound of Beats Powerbeats and Beats Powerbeats Pro are very similar, which is not surprising. Beats Powerbeats sound much softer, the bass is not as overloaded as in the “classic” Beats models. And at the same time, there is no fine detail with excellent separation of instruments, these earphones are not for this. The sound of Powerbeats is not stressful, the character of the sound is pleasant, and for fans of bass left more or less rolling low frequencies.

The quality of voice communication is very good. Testing in various operating conditions (at home, on the street, in transport, and in the office) showed that the audibility in all situations is good, and the voice of the interlocutor remains distinguishable, and the opponents do not have problems during dialogues. That is, with Beats Powerbeats at the gym, it is not necessary to get hung up, it is quite a pair of earphones for everyday use in any everyday conditions, and the connecting wire will not let the earphones get lost (as you know, the most lost earphones are TWS Apple AirPods).

Naturally, first of all, this is the Apple audience, because here the most convenient connection to various equipment, the presence of an advanced H1 chip that provides clear and uninterrupted communication, and of course, the proprietary lightning connector.

Why not AirPods? To satisfy the part of the audience that wants to remain all their devices in a single ecosystem, but because of sports, street Jogging, or for other reasons of their own, they are afraid to lose easily falling TWS.

Why not Powerbeats Pro? For the above reasons, as well as to save money: after all, regular Powerbeats for approximately 150$ are cheaper than Powerbeats Pro for approximately 220$. So for those who want to stay in the Apple ecosystem while calculating their budget, Beats Powerbeats High-Performance is probably the best price-to-quality wireless sports earphones on the market right now. 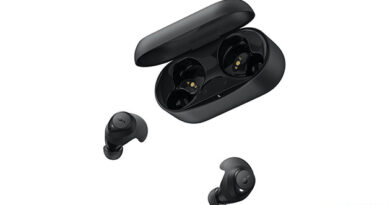 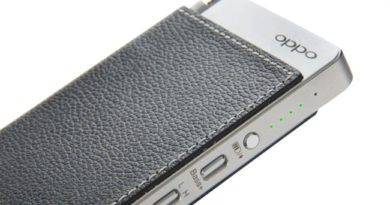