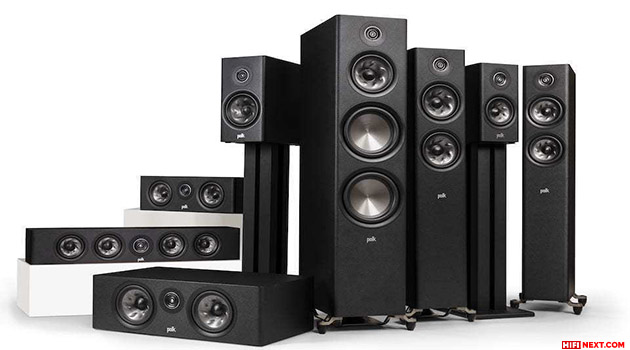 Polk Audio’s universal Reserve series of speakers was created for music, movies, and games. In total, there are nine models in the series: three floor speakers, three center channel speakers, two shelf systems and a high-altitude module with Dolby Atmos certification. The series was so diverse due to the fact that Polk Audio sought to create acoustics suitable for rooms of various sizes.

The basis of the Reserve series was the emitters that were used in the flagship Legend series. The company also highlighted its proprietary PowerPort phase inverters with diffusers and its own X-Port technology, designed to reduce resonances due to specially tuned absorbers that remove noise from the rapid movement of air. The cabinets of all the speakers are made in a new design and reinforced from the inside.

The R100 and R200 shelves are equipped with Pinnacle Ring Radiator RF emitters with extended dispersion. The R100 model has a 5.25-inch mid-bass radiator with a Turbine diffuser (a special shape for increased strength and damping), and the R200 version received a 6.5-inch radiator using the same technology. The older model is capable of reproducing sounds from 51 Hz to 38 kHz, the younger-from 58 Hz to 39 kHz.

The high-rise Atmos module R900 is a special mini-speaker aimed at the ceiling for installation on the shelf or floor acoustics Reserve or for mounting on the wall. On board the R900 there is a 0.75-inch tweeter and a 4-inch main driver, and a switch between modes (wall-mounted or column-mounted) is provided at the rear.

The three center channel speakers — the R300, R350, and R400-are also equipped with Pinnacle branded tweeters and Turbine midrange / woofer speakers. The R300 model received one tweeter and two 5.25-inch woofers. The R350 already has four main drivers, and the R400 uses two increased to 6.5-inch Turbine emitters and one tweeter. The dimensions of the R300 are calculated so that this speaker can be placed in an AV rack with shelves of standard width and depth.

All floor-mounted speakers, represented by the R500, R600 and R700 models (the flagship of the series), are equipped with the same Pinnacle tweeters. In the R600 and R700 models, the same midrange/low-frequency Turbine 6.5-inch emitters were installed: in the R600 there are two of them, and in the R700 only one. But the flagship model also has two 8-inch bass players.

The R600 and R700 speakers additionally boast improved PowerPort 2.0 ports based on the aforementioned X-Port technology and Enhanced Power Port design. Among other things, the R700 model is distinguished by cabinets using the CRC (Cabinet Resonance Control) technology, which reduces the resonances of the body panels as much as possible. 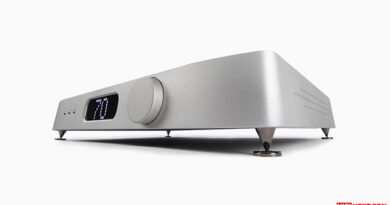 Firmware 17.14 for MSB Discrete and MSB Premier DACs will improve their work with high bitrates 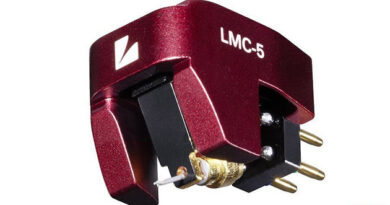 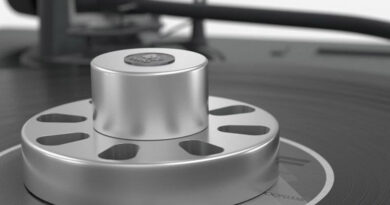