We have been looking forward to the appearance of the new line of integrated amplifiers Rotel with the MKII index with special interest. After the incredibly successful Michi series and the A11 Tribute model with a farewell upgrade from Ken Ishiwata, it was logical to assume that when developing the Rotel A14MKII, engineers would take into account all the findings of the previous bestsellers.

Externally, the new generation of the A14 amplifier does not differ from its predecessor, and the main characteristics have remained unchanged, so you have to carefully study the specifications to find the differences. The first thing you pay attention to is the Roon Tested certificate in the new model, which means that the Rotel A14MKII will work in Roon-controlled systems with the highest possible quality and level of reliability. For integration into such systems, the amplifier has Ethernet and RS232 ports, as well as a 12-volt trigger.

The next difference is found in the form of a completely redesigned digital-to-analog converter block, built on Texas Instruments chips. DSD support has disappeared from it, and the maximum allowable resolution of PCM signals when connecting a computer is now 32 bits at a sampling rate of 384 kHz. On the other hand, there is hardware support for MQA and MQA Studio codecs.

The main changes affected the power supply and output stages, where the solutions tested during the work on the Michi series of amplifiers found their application. The power supply is traditionally built around a large toroidal transformer made by Rotel, and the filtering is entrusted to four high-efficiency “slit foil” capacitors specially designed for audio applications. With regard to the power amplifier section, the manufacturer did not provide details of the changes made, so we will evaluate the improvements that have occurred by ear.

For the physical connection of signal sources, the model has a full set of linear analog inputs on RCA, including an MM phono input. Sources of digital signals can be connected via optics or coaxial – two terminals of each type are provided – as well as via the USB-B port. On the front panel there is a USB-A connector, designed, oddly enough, to connect exclusively gadgets on iOS. Wireless functionality is limited to a Bluetooth module that supports AAC and aptX codecs. The rear panel has an output from the pre-amplifier section, which makes it possible to organize a passive bi-amping scheme with an additional power amplifier.

The output power of the updated amplifier remained unchanged – in class AB the device produces 80 watts with a load of 8 ohms and 150 watts for 4 ohms. The controls on the body of the device are simple and straightforward; the delivery set includes a system remote control that works not only with the amplifier, but also with other devices of the company. The amplifier’s speaker terminals are bi-wired and there is also a 6.35mm headphone jack on the front panel. The Rotel A14MKII weighs a respectable 8.94 kilograms.

B&W 603 Anniversary Edition floor standing speakers were used to evaluate the sound quality. The digital signal source was the Rotel T14 tuner, which accessed the music library on the local server and the TIDAL streaming service. A Rotel CD14 player was responsible for CD playback. All wiring was done with Transparent Cable and AudioQuest.

It was no coincidence that we chose the floor-standing B&W 603 Anniversary Edition to evaluate the capabilities of the Rotel A14MKII. Besides the fact that their handwriting is familiar to us, they are not the easiest load, so the amplifier will have to work hard.

We start auditioning with Stevie Ray Vaughan’s “Tin Pan Alley” and instantly fall under the spell of his honey-oozing guitar. Yes, this is not the most difficult test for an amplifier in terms of dynamics, but it immediately gives a hint of how well the system can convey mood and subtle rhythmic interactions.

Moving on to the classical repertoire – “Toccata and Fugue” by Sebastian Bach again makes all loose objects in the room tremble, but the control of the low-frequency range does not give the slightest reason for criticism, in addition, you can even guess the volume of the hall in which the recording was made.

A difficult test for any budget system – “Time Forward” by Sviridov – allows you to assess how correctly she can convey the timbre and dimensions of such a magnificent instrument as a grand piano. Well, if the illusion of finding a grand piano in a room was not absolute, then at least the system did not turn it into a home piano. And this is already more than amplifiers of this class could have done some fifteen years ago. The violin of the genius David Oistrakh also sounded very convincing, and this is another plus in the karma of the Rotel A14MKII, because budget-class amplifiers are usually criticized for not the most confident work with the timbres of live instruments.

Well, the real feature of the system turned out to be the electronic exercises Infected Mushroom, which actively use phase effects to add additional volume to their recordings – the listener is simply physically pulled into the sound sphere, then pushed back. Real hypnosis!

Although the developers did not reveal all the secrets of what the amplifier was upgraded from the original version, the very fact that they deliberately abandoned some functions in order to improve the sound – that’s saying a lot. It looks like they really managed to give the Rotel A14MKII a solid part of the charm that the Michi series components have. 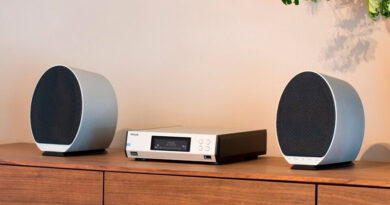 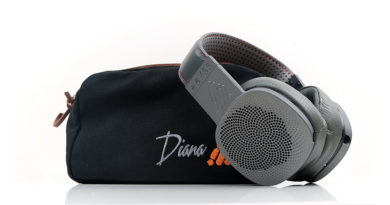 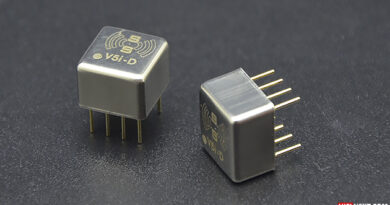