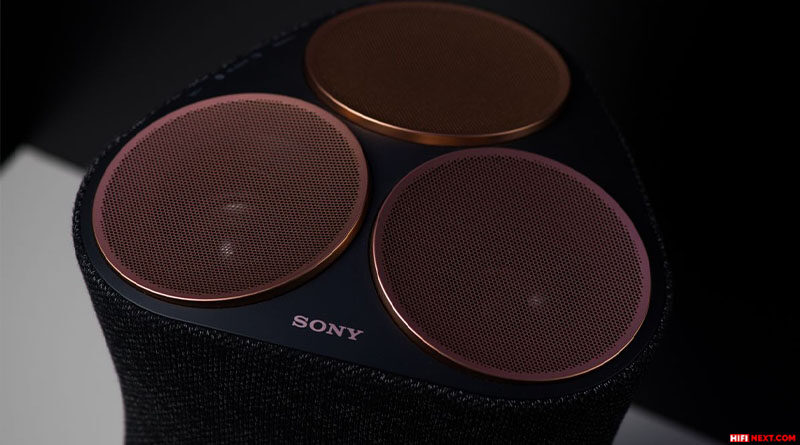 At first glance, this acoustics is designed to decorate the interior rather than reproduce music with high quality. But Sony, for all its attention to the appearance of technology, never did purely designer things. We saw this again when we got acquainted with the Sony SRS-RA5000 speaker.

Outwardly, Sony SRS-RA5000 looks like an hourglass or a flower vase. Why give the body such a shape? The point is in the tasks that the developers faced. They primarily sought to eliminate resonances within the speaker, which arise from the reflections of sound waves from parallel surfaces. And thanks to the intricate shape, they scatter. The second task is to provide a circular direction of radiation so that the sound of the speaker is perceived equally well at any point in the room. This is important, because most often we listen to music in the background, doing household chores and moving around the room or apartment.

It was also necessary to make a compact acoustics compatible with Sony’s proprietary 360 Reality Audio technology. This is a kind of analogue of the theatrical immersive 3D Audio formats like Dolby Atmos, but does not require complex multichannel systems and is implemented using “virtual speakers”. Music in this format can be listened to with headphones or compact speakers that support it. So far, we are only talking about Sony equipment, but in the future the range of such devices should expand.

To solve all these problems, it was required to install 7 speakers in the column. Three drivers with a diameter of 46 mm are directed upward and form a vertical measurement of the sound hemisphere, three more 46 mm each are located in a circle above the “waist” of the speaker and align the sound field horizontally. Another speaker with a diameter of 70 mm is directed downwards – this is a subwoofer that creates a bass foundation. All drivers are equipped with powerful magnetic systems. Note that many wireless speakers from other brands make do with two or three speakers, sometimes supplemented by passive radiators.

The company does not disclose the power output of the speaker. It can be assumed that the numerical value of the power is small, but it does not matter for us, because the real loudness and quality of the system are important.

According to some information, not officially confirmed, the Sony SRS-RA5000 has a 6.1 configuration and 7 amplification channels. It is known that these are proprietary S-Master HX modules and that another proprietary development is implemented in the speakers – DSEE HX. Both technologies have been used by the company for a long time and are well known. An important part of the system is the powerful DSP, which adapts the sound to the specific room, and also creates an immersive sound field when playing any material not related to Sony 360 Reality Audio (Immersive Audio Enhancement processing). Of course, there is a multi-band equalizer – control over it, like other functions, is carried out through the Sony Music Center mobile application.

It is unlikely that anyone will spend money on a speaker to listen to it offline, although such an opportunity is provided – there is a 3.5 mm analog input. You can limit yourself to a wireless connection via Bluetooth using NFC technology – pairing with it is extremely simple. But in this case, only a small part of the system’s capabilities will be used, and not only functional, but also of high quality. The manufacturer hints to us that the bluetooth is needed only in extreme cases, because only SBC and AAC codecs are supported. And if you need maximum sound quality, connect via Wi-Fi.

After the system is connected to Wi-Fi and has been detected by the Sony Music Center mobile application, we get access to all settings and functions. There is no need to climb there – the column does not need additional tightening of the nuts, but out of curiosity you can look in.

Sony did not reinvent the wheel and implemented a network connection through the Google Chromecast technology, which is now used by many manufacturers. We will only remind you that you need to install the Google Home application on your smartphone (there are versions for Android and iOS), which connects the gadget to your home Wi-Fi network. It will also come in handy if we want to create a multi-zone sound installation at home with several wireless speakers in different rooms.

Any mobile applications can act as content sources: a music player (if music is stored on a smartphone), streaming service clients (such as Deezer, Spotify etc), or network controllers such as Bubble UPnP (if music is stored on a NAS in a local network). Spotify Connect technology is also supported, allowing you to create multi-zone systems from devices of different brands. But, unlike Chromecast, it may require a paid Spotify Premium subscription. And only streams music from Spotify.

Automatic sound calibration is best done the first time you turn it on, especially since it does not need any wireless connection. If you move the Sony SRS-RA5000 to a different location, you must repeat the calibration. This can be done by holding down the button with the “Notes” icon or through the mobile application. The system will reproduce a sequence of test signals, fix them with the built-in microphone, calculate the parameters, and then correct the frequency and phase characteristics. It only takes a few minutes.

Traditional hi-fi systems won’t let you relax like that. After months (or even years) of agony with the choice of speakers and amplifier, it will be necessary to find the optimal place for the loudspeakers and determine the best listening position, and ideally, eliminate resonances in the room with the help of bulky acoustic devices. And after all the hassle, you will still be listening to music in the background most of the time, doing some business, that is, you will not perceive spatial effects, stage depth and other tricks of stereo. With the Sony SRS-RA5000, you get almost the same result in just a few minutes.

But what about emotional involvement and aesthetic pleasure? The answer is: with this, too, everything is fine. Sony 360 Reality Audio music sources are Amazon music HD, Deezer, Tidal and Nugs.net streaming services.

We listened to regular recordings from the Deezer HiFi streaming service, as well as FLAC tracks from a smartphone via Chromecast. To begin with, we tried a Bluetooth connection – it turned out surprisingly well, but it was heard that this interface does not reveal the potential of the Sony SRS-RA5000. Wi-Fi is much more interesting.

Sony SRS-RA5000 is powered from the mains, so they listened to it not on a bench in the park, but in a room with an area of ​​about 40 m2, which is too much for such acoustics. We placed the Sony SRS-RA5000 on a table in the center of the hall and walked around. The sound, in fact, was practically the same at all points. They moved it to a corner and put it close to the wall, repeated the calibration – the intonations did not change: the frequency balance is ideal, the highs are transparent and clean, the bass is clear and elastic. No problems and failures, everything is smooth and harmonious.

If you go to the “Height speaker control” settings section and select the “High” preset there, the sound will become a little more distinct and transparent. I didn’t even have a thought to adjust something in the equalizer. Note that the room where we listened to the speaker is used for recording podcasts, and therefore is carefully muted, which is not very good for audio equipment: high frequencies in such rooms usually sound dull. But the calibration system easily coped with this, moreover, raising the characteristics at the high frequency did not give audible distortions.

Nevertheless, the absence of re-reflections from the floor, walls and ceiling still manifested itself: the sound “hemisphere” created by the speaker seemed relatively compact. In an ordinary living room, the speaker will sound much larger. It seemed to us that an area of ​​20 squares or less would be ideal for this system. In addition, due to the spacious and muffled room, the processing of Immersive Audio Enhancement could not show itself in all its glory, although some may like its action: the sound has become more spatial, but less physical and dense.

Even in a large hall, Sony SRS-RA5000 had enough strength – a comfortable volume level was reached about 75% of the maximum, and even earlier on recordings with strong compression. For the sake of interest, they turned on heavy rock (the new album of the Thunder group) and turned the volume all the way down. The muffled room saved our eardrums – the level was quite tolerable, with no audible nonlinear distortions at all. Although not surprising: Class D amplifiers produce fewer harmonics at maximum power than at minimum power.

Sony’s signature sound is usually described as neutral and unbiased, and this is also true of the Sony SRS-RA5000. But the speaker is accurate not only in terms of sound nuances, but also in conveying emotions – it is very musical. Be it the fiery soul of the Quadron group, the complex and very “hot” jazz performed live by the R+R=NOW team, the rhythmic downtempo of the German duo 2Raumwohnung, the device copes with all genres with a bang.

Separately, we note that the recordings at 24-bit/96 kHz sounded noticeably cleaner and more transparent than the standard 16-bit/44.1 kHz, which means that the Sony SRS-RA5000 is wearing the Hi-Res Audio logo for a reason.

Sony SRS-RA5000 is a very decent wireless speaker, easy to connect, set up and use. Well-made, unusual and attractive outwardly – a real decoration of the home. It sounds, as befits the creation of the legendary brand, accurate, clean and captivating. And it is not as expensive ($699.99) as it might seem at first glance. After all, this is a full-fledged network Wi-Fi acoustics, and even with automatic sound calibration. 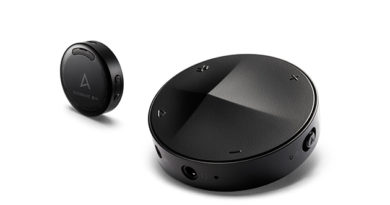